Pex Plumbing – A Guide & Why You Should Have It 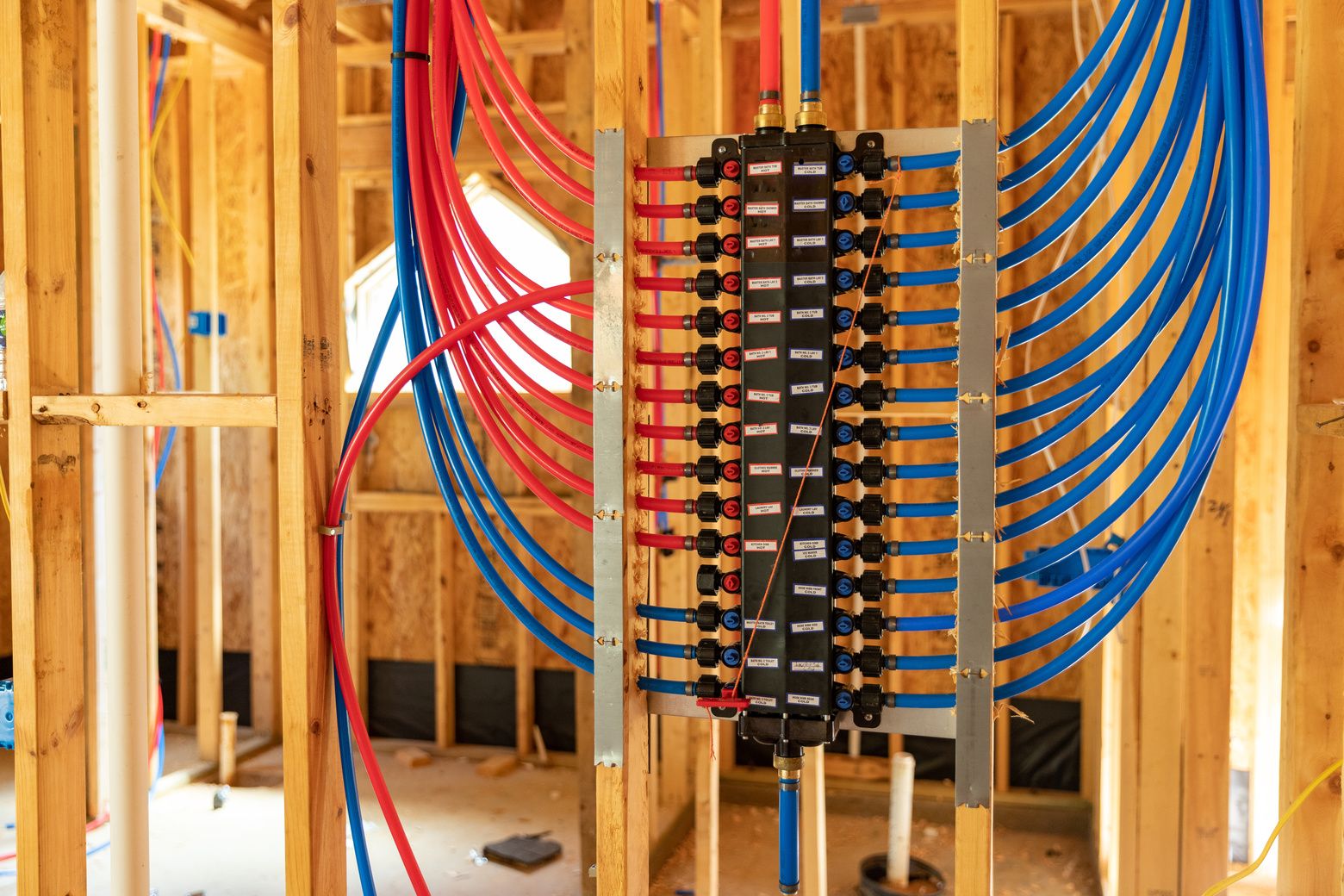 Pex plumbing is a polyethylene pipe that was made in Germany, but has made its way to the United States. Since it is made out of plastic, it is very flexible and easy to install.

Why Should You Use Pex?

When pex is ordered, you can order it in really long pieces. This makes installation super easy by fishing the tubing through walls, attics, or underneath floors! On the other hand, copper plumbing is a straight pipe that may need to be pieced together.

Furthermore, pex allows you to flex the tubing so you can basically “snake” it through walls and framing components. Copper or CPVC, again being straight, requires strategic planning and cutting.

Due to the flexibility of pex, you can bend the piping around corners. This allows for less pressure drop as water can easily flow. With other plumbing systems that require 90 degree turns, water cannot easily flow around corners.

A flexible pipe bangs less and moves less on framing compared to straight copper or CPVC. This reduces the overall water hammering possibility.

Since Pex is a plastic, there will be no calcium buildups compared to the copper metal. Furthermore, there is no corrosion overtime.

The elasticity of Pex allows for less chance of a pipe burst due to freezing and better expanding/contracting during summer heat.

With a metal pipe there is a lot of heat transfer and heat loss. However, Pex does not transfer heat like copper, therefore, conserving energy!

Due to the pipe being flexible and coming in long runs, the install time is shorter. Moreover, there are less connections (less chance for leaks) and less overall cost.

Because Pex is a plastic, it can be worn down through too much chlorine. If your city uses too much chlorine in their water, there is a chance your pipe can leak from eventual wear. This happened in an earlier version of pex known as Polybutylene. Read about that here.

Since the pipe can be easily installed, many amateurs use it. Now this can be a benefit for installers, however, for homeowners this may be a concern. Not having a professional plumber install your piping can lead to improper installation and future leaks.

Listen to this Video on Types of Pex & Pex Connections

Due to the plastic origin, pex can not be installed in the sunlight or in soils that can contain chemicals. Also, it cannot have any oils or mineral based products used in conjunction as this can damage the pipe.

Installers should keep pex away from flames and extreme heat at a risk of melting.

Pex is much cheaper than copper and CPVC. Here is a product link from Home Depot.

Tree Roots In Your Sewer Lines? Here’s What To Do