What Is A Split Bus Panel? 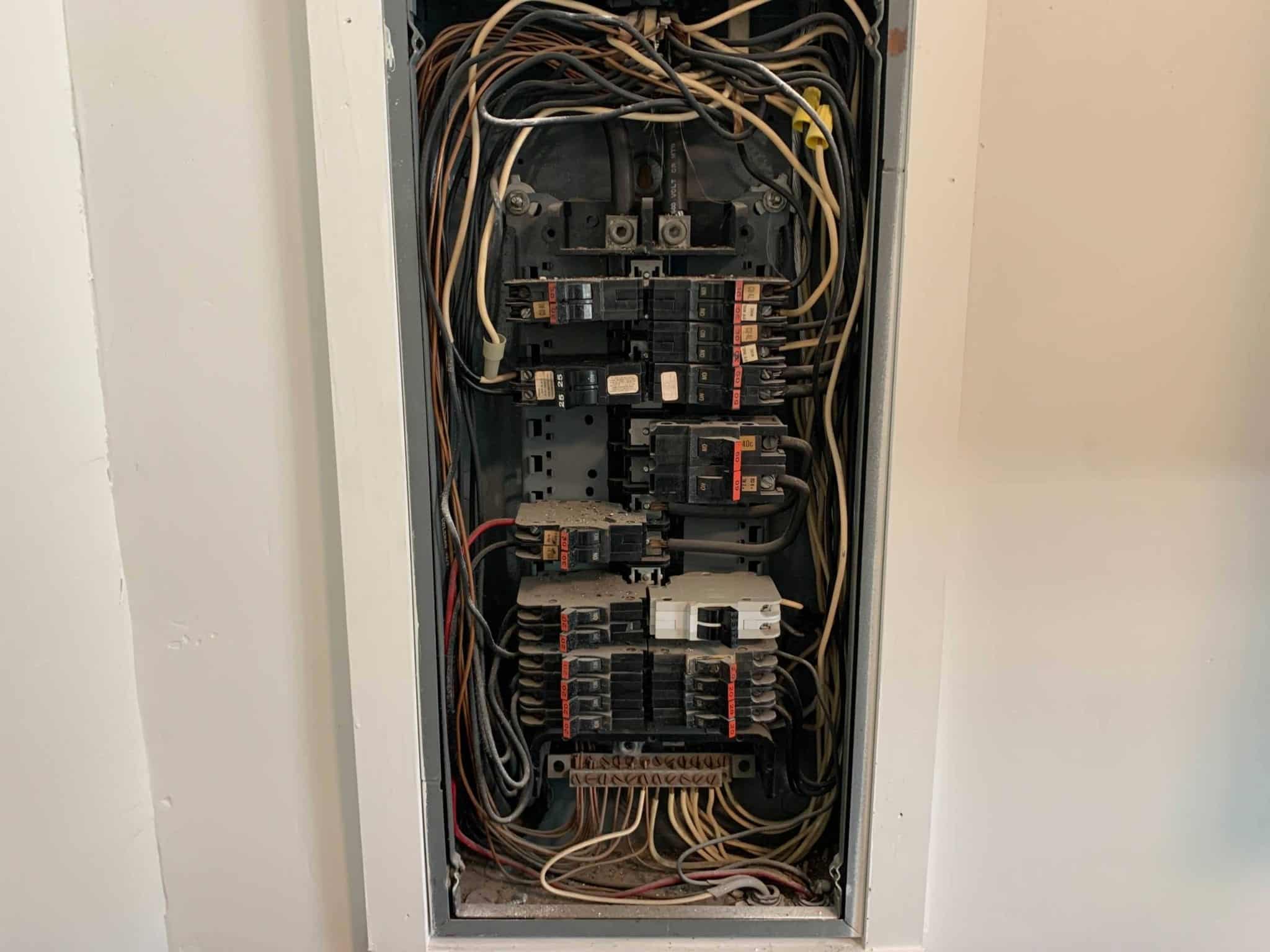 A split bus panel will have a large breaker on the top bus bar that feeds power to the lower bus bar. In addition, the top bus bar is responsible for larger appliances. The other, typically holds breakers for general lighting in the home.

Here is how a split bus panel differs from a general electrical panel.

How To Identify A Split Bus Panel

Our Inspector, Wilmer, teaches us how to identify a split bus panel without taking the electrical panel cover off.

How Does A Split Bus Panel Work?

The National Electrical Code states you must be able to shut off the electrical power with a maximum number of six breakers or throws. In a split bus panel, there is no main shut-off. Instead, there are 5 large breakers supplying large appliances, then one that supplies electrical current for the rest of the home.

Sometimes, split bus panels could have more than 6 throws to turn off all of the electrical power in the home. If that is the case, the electrical panel would be out of code.

Split bus panels were typically installed in the 1950s to 1970s. However, in the 80s they were quickly discontinued due to arising problems. This was because as technology improved, homes required more electricity. Then, the split bus panels needed more room to supply other components/appliances. Electricians/handyman overloaded these panels by adding single-pole breakers to the top bus bar which caused overheating, arcing, and damage.

Today, most split bus panels have to be repaired or replaced to fit the “six throws” rule mentioned above. In addition, these panels and breakers are simply too old and are at the end of their useful lives.

In some cases, insurance companies may require evaluation by a licensed electrician or replacement.

Since the split bus panel does not have a main electrical shut-off, the National Electrical Code requires a split bus panel to be able to shut-off power in the home by the use of 6 throws (or breakers).

We evaluate electrical panels in the Tampa Bay, FL area during our home inspections. For additional questions, comment below!

What Is An Open Ground?

What Is Electrical Grounding?

Fuse Box vs Electrical Panel: Everything You Need To Know