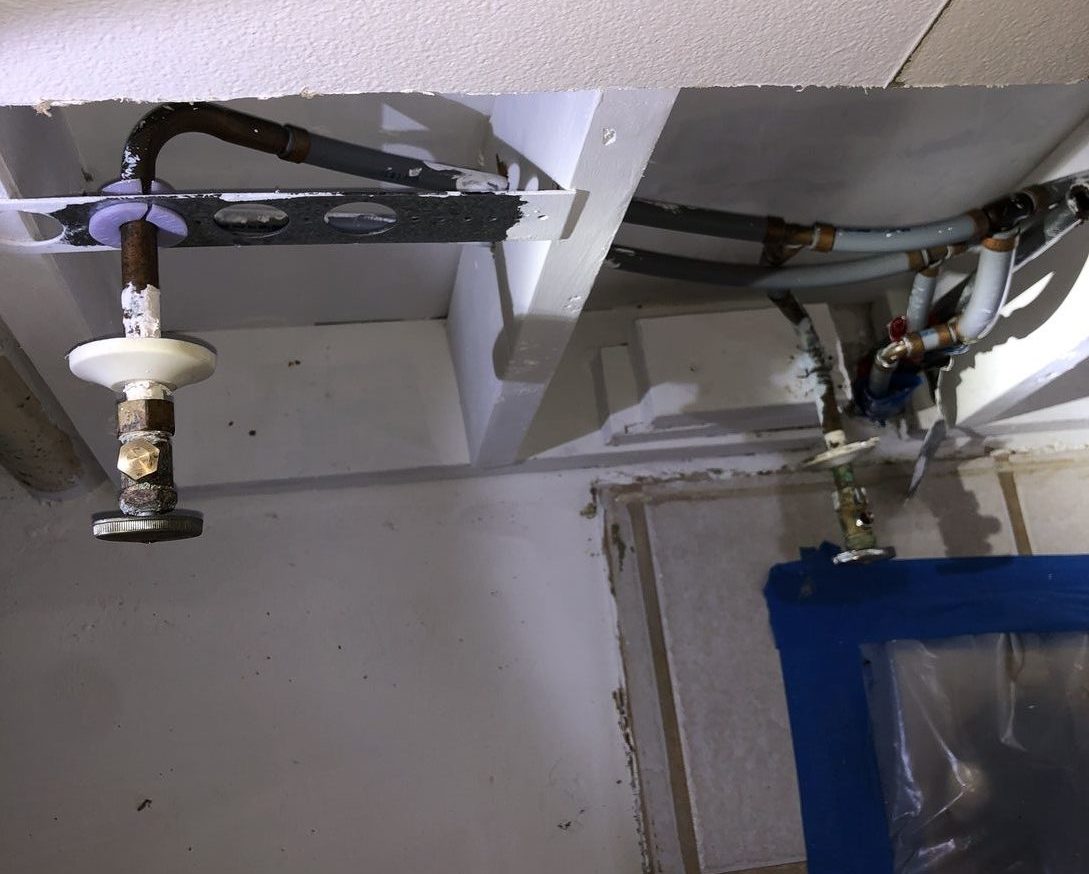 Polybutylene is a type of plastic-resin plumbing used as supply piping in homes from 1978 to 1995. Polybutylene was installed in about 6 to 10 million homes, mostly in the sun-belt area, but also near the mid-Atlantic and the Pacific-Northwest States.

While Polybutylene had many benefits like cost and ease of install, claims of cracking/leaking ceased production in 1996. Today, homeowners with Polybutylene have to pay for replacement or risk possible plumbing failure and property damage.

How To Identify Polybutylene Pipes?

Polybutylene can be identified by a blue-ish gray pipe. However, some polybutylene pipes may be cream, white, or black. Therefore, the only true way to tell if it is Polybutylene is by the marking “PB-2110” written on the pipe.

Locations To Check For Polybutylene

In some instances, polybutylene may not be seen, but still be in the walls and under the home. Some homes were built with copper stub-outs, but ran polybutylene though the walls, attic, and/or ground.

If you believe your home might have polybutylene, you should contact a local certified home inspector to inspect your home.

Will Polybutylene Fail & Should You Replace It?

Polybutylene can fail due to the chlorine in the water that damages the pipe and can cause leaks/cracks. There is no guarantee that your home’s poly will fail or when it will fail. Just with any other plumbing system, your plumbing will fail with age.

However, homeowners may opt for the replacement of polybutylene to not run the risk.

There are many claims, allegations, and lawsuits against Polybutylene. You can learn more about them here.

Should You Purchase A Home With Polybutylene

This can be a difficult decision. In many cases, homeowners choose to ask the seller for replacement or a discount on the property if polybutylene was not already accounted into initial offer.

Homebuyers should use their home inspector and Realtors professional guidance to make their decision. Ultimately, some homebuyers may choose to walkaway from homes with polybutylene, not wanting to take on the risk or expense. Others, may replace it themselves or not conduct replacement at all.

In Florida, homebuyers and homeowners may be required to have a four-point inspection to obtain insurance. The four-point inspection will report on polybutylene findings. Homeowners should speak openly with their insurance agents about possible outcomes and next steps. Homebuyers and sellers should consider the repercussions on polybutylene when trying to start a new home insurance policy.

This plumbing, while although had many benefits like cost and ease of install, the system has raised many concerns with homeowners and insurance companies. If you have any questions or concerns about Polybutylene, comment down below.

Tree Roots In Your Sewer Lines? Here’s What To Do