Update on the Chinese Drywall Issue The issue continues to grow and fester. I would like to caution you about the testing that is going on. There is a $49 do-it-yourself test and other tests that only test for one element. A true test to determine the presence of harmful materials involves invasive and expensive procedures. Samples of the drywall and are removed and sent to a lab to determine if any number of these harmful elements are present. The following article is an update… I’ll keep posting them as they come in. Regards.

Florida’s Chinese drywall problem continued to fester in late March and early April. And the defective drywall also has been cropping up in other Gulf Coast states, including Mississippi and Louisiana.

In Florida, Governor Charlie Crist has requested Federal help with investigations. In a letter to officials at the U.S. EPA and the Centers for Disease Control and prevention, Crist asked for technical assistance for the Florida Department of Health from Environmental Response Teams and Industrial Hygienists from the Agency for Toxic Substances and Disease Registry.

Subjected to heat and humidity in a test chamber, the three Chinese samples emitted sulfur-containing gases: hydrogen sulfide, carbonyl sulfide, and carbon disulfide. An American-made drywall sample, manufactured by National Gypsum, also emitted those gases, the report said. However, it appears likely that the National Gypsum sample had been cross-contaminated by the other samples — the American drywall was removed from a home that also contained Chinese drywall, and the samples were shipped together to the lab in the same container, without measures to isolate them from each other.

Florida appears to have been the biggest market for Chinese-made drywall in recent years. However, significant amounts were evidently shipped to Louisiana,Mississippi, and Alabama as well. In Louisiana, home inspectors Ron and Julie Hufft, of Abita Springs-based Colonial Inspection Services (985/875-7701), have sent samples for testing from a handful of houses. The homes showed the typical “red flags,” says Julie Hufft — corroded copper, drywall labeled as Chinese-made, and occasionally a sulfur odor. (“Many times, people are having to have their evaporator coils replaced several times in fairly new homes,” she says.) Testing by a Florida laboratory confirmed the homeowners’ suspicions, Hufft reports: the samples emitted the same gases found by Unified Engineering in official Florida state testing.

Louisiana building performance consultant Paul LaGrange has also seen the problem, and provides information for homeowners on his blog — including this photo of an evaporator coil showing the classic gray patina of sulfur-caused corrosion.

Julie Hufft cautions homeowners against relying on home air testing — especially tests that screen for just one gas. She says, “There are several sulfides. One of the misconceptions out there is that you are only dealing with hydrogen sulfide, but we have found at least five [sulfur compounds released by] this drywall.” Ambient air testing alone could provide a false reassurance, says Hufft: “Some people think they can go around with a hydrogen sulfide meter and do air quality tests. But you’re dealing with more than just hydrogen sulfide, and that’s all that meter is going to detect. So you have to sample the drywall and send it to an accredited laboratory and let them extract the sulfides from it. But the testing is extremely expensive.”

For homeowners who discover that they do have the contaminated drywall, says Hufft, the news can be devastating. “They’re completely broken,” she says. “This is a situation where people are having to decide that they have to leave their home — a home that they still have to pay a mortgage on. And these are, in many cases, people who have already lost everything they own from Katrina, and now are finding out that they are going to lose it again.”

Builders, remodelers, and even drywall contractors, of course, are also victims in the Chinese drywall story. As Hufft says, “It’s heartbreaking for them too, on a completely different level. Because they had no way of knowing — homeowners, builders, everyone is completely innocent. Who would have ever thought anything like this could happen?”

New Orleans attorney Scott Wolfe, whose law practice focuses on representing builders and contractors, has just opened a separate branch of the practice to address Chinese drywall issues. Wolfe’s blog on the topic is here.

Wolfe says builders, remodelers, and trade contractors have a direct legal responsibility to buyers of new homes under the state’s “New Home Warranty Act,” which specifies a five-year structural guarantee and a two-year guarantee for sub-systems such as plumbing and electrical systems. The warranty law applies only to new homes, he notes, not to, for example, Katrina-related rehabilitation work.

But Wolfe says ordinary tort and negligence claims could still leave builders on the hook for the drywall problem. And he says that if contractors know, or even suspect, that the drywall they used in past jobs could be contaminated, they take on a duty to warn the homeowners, and possibly to correct the problem. He recommends that contractors who think they might be exposed to liability should get legal help as soon as possible.

Will the Chinese Stonewall?

So far, responses from Chinese authorities to the drywall problem appear to be defensive. The Wall Street Journal’s “China Journal” blog cites comments by Xu Luoyi, head of the National Building Materials Industrial Technology Supervisory Research Center, who claims that the Chinese product has not caused any complaints in China, despite being extensively used there, including for construction of Olympic facilities. Luoyi reasons that climate issues may play a role.

Expanding trade with China in recent years has created a complex challenge for Western companies doing business there, particularly with regard to quality control and accountability. The problem is thorny enough that a London-based think tank and consultancy, the “Ethical Corporation Institute,” is offering a 795-Euro confidential briefing for global executives on how to address supply-chain corruption in their dealings with China.

In China, notes the summary, rules can be very sketchy: “Local [Chinese] business culture is traditionally based on relationships and often involves running businesses in partnership with family or friends – making related-party transactions, soft lending and non-contractual agreements the norm rather than the exception. This tradition, together with the endemic bribery and gift-giving which are still a major part of relationship-based business in China, despite government attempts to limit the practices, increases the challenges for multinational corporations tasked with meeting global compliance standards.”

So while the problem of analyzing the contaminants in the Chinese drywall may yield to laboratory techniques of U.S. government scientists, the question of how those ingredients found their way into the drywall — and of who is responsible — may be hidden in much murkier waters. 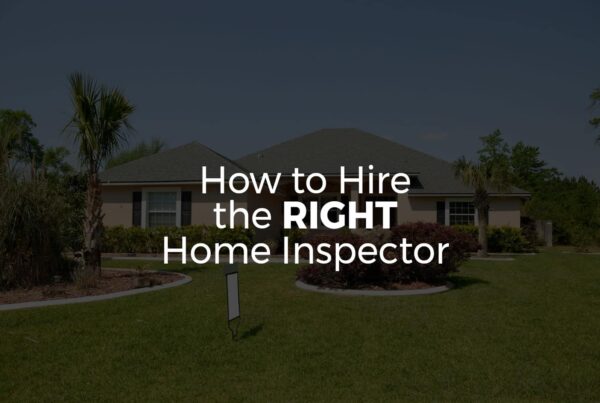 How to Hire the RIGHT Home Inspector

The Importance Of A Pre-Listing Inspection